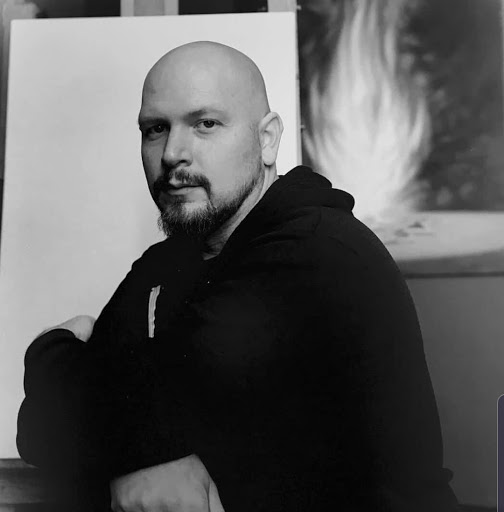 Adam Licsko is a California-based artist, painting professionally since 2001. Within the first five years of his professional debut, his unique minimalist style attracted an international following and critical acclaim. Licsko’s work portrays an incisive perception of the world around him, as he brings to both urban life and natural settings an acute awareness of his audience. He explores the relationship between the viewer’s perspective and the canvas, emphasizing the contrast between light and shadow, cool and warm colors, beauty and its opposite, but always exploring them as they would be seen or felt by the observer.

Licsko has collections with Nissan, Amgen Cancer Research Institute, Seagate Technologies, Raytheon, Loyola Marymount University, Cisco Systems, and State Farm, to name just a few, as well as numerous celebrity collectors.  Adam was a featured artist at “Love, Faith, Shame, and Hope,” a museum show in which his paintings were displayed next to those of Tissot, Dali, Warhol, T.H. Benton, and Rembrandt among others. The following year, in collaboration with Rolls Royce of Beverly Hills, Licsko had a private one-man show at the Walters Estate in Beverly Hills. Adam’s series, entitled “Remember Yourself”, and his modern conceptual landscapes, have appeared in six articles in the prominent Huffington Post. His work has also been featured as a one-man exhibition at the beautiful Primavera Gallery in Ojai, California.

In 2018 Licsko joined with Art Revolution Taipei (ART), held by the Taiwan International Contemporary Artist Association, to exhibit his artworks there, as well as take part in a charity event to help raise funds for children in the arts. Paintings he has donated have raised funds for many charities, including Make A Wish Foundation, Central Coast Wine Classic, The Ventana Wildlife Society (for the California condor) and Greenspace.  His charitable work continues.

When he’s not painting, Licsko is an inventor, designer and published author. In 2005, after a serious back injury, he designed and received a patent for a deceptively simple device that maintains proper posture while carrying heavy or awkward loads. He has also worked freelance, as a co-designer, with George Lucas’s ILM along with many other conceptual design projects. In 2010, Licsko joined forces with, now business partner. He approached Adam to join him in forming a new clothing brand, and together they created All Aspects Apparel based out of Los Angeles. Since then Adam has created countless iconic designs, and the company is still growing and expanding to this day.

Today, Licsko’s paintings intensify.  He explores an even deeper connection with his audience, touching upon more human subject matter and social commentary.